Our ricelands are shrinking: Campaign for Land Use Policy Now! (CLUP Now!) reiterates calls for the passage of the National Land Use Bill

The National Land Use Bill has been certified by the President in his last State of the Nation Address. The declining number of land devoted to food production is detrimental to our food security as a nation, and will be hitting the most vulnerable segments of our population.

The Campaign for Land Use Policy NOW is alarmed by reports of the Philippine Statistics Authority (PSA) that rice lands shrank by 48 percent since 1980s. "From 3,649,882 hectares in 1980, the PSA said that rice lands throughout the country have shrunk to 1,904,301 hectares hectares in 2012. This translates to a loss of up to 1.7 million hectares of rice land... [and a loss of] 70 million or more sacks of rice every harvest season."

The article also reports that "Melencio Domingo, a farmer, appealed to the government to stop land conversion by preventing farmlands from being sold to developers.

The CLUP Now! also wishes to clarify that land use conversion in accordance with the Comprehensive Agrarian Reform Law (CARL) is defined as “the act or process of changing the current physical use of a piece of agricultural land into some other use or for another agricultural use other than the cultivation of the soil, planting of crops, growing of trees, including harvesting of produce therefrom, as approved by DAR.”

This gap in understanding has led to the reconcentration of land among big businesses and the landed elite as farmers regress into landlessness. When farmers lose their lands, the country loses its means to feed its people.

We take this opportunity to call for the passage of the National Land Use Act (NLUA) as it aims to provide a national framework for land use and management. It puts forth four (4) categories for land use management: protection, production, settlement and infrastructure. The current version of the NLUA Bill aims to strengthen existing mechanisms to regulate and restrict land use conversion of agricultural lands given concerns of food security and self-sufficiency in the midst of climate change, exponential population growth, and a fast urbanizing society.

The NLUA was first filed 25 years ago on July 1993 and has been at a legislative impasse since its transmittal from the House of Representatives to the Senate on July 2016.

No less than the Chief Executive of our country, President Rodrigo "Rody" Duterte called for its passage twice in his State of the Nation Address in July 2017 and 2018. The NLUA has consistently been in the Common Legislative Agenda of the Legislative-Executive Development Advisory Council (LEDAC) and declared as a priority legislation under the Philippine Development Plan of 2017-2022. Despite strong calls pushing for the passage of the NLUA, Senator Cynthia A. Villar, Chair of the Committee on Environment and Natural Resources where the bill is lodged, has yet to convene a committee hearing. Senator Villar, a known tycoon in the real estate business, also heads the Senate Committee of Agriculture and Food, and the Committee on Agrarian Reform.

We challenge Senator Villar to demonstrate that her personal and business interests do not define her political will, and that as a public servant, she prioritizes the common good over her family’s private interests. We enjoin her to respond to the urgent request of the President, and to waste no time in convening a hearing of the Committee on Environment and Natural Resources to discuss, enhance and finalize the NLUA bill.

We also call on the rest of the senators to impel their colleague, Senator Villar, to immediately take action on the NLUA, and ensure the bill’s passage.

Some members of CLUP Now! include the following organizations: 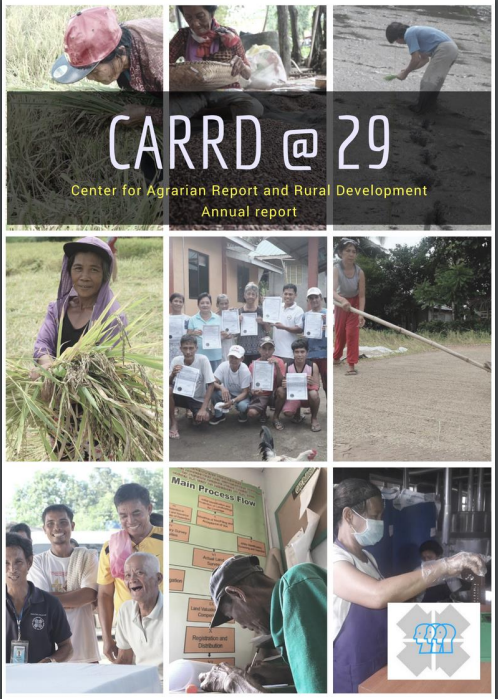 Our ricelands are shrinking: Campaign for Land Use Policy Now! (CLUP Now!) reiterates calls for the passage of the National Land Use Bill 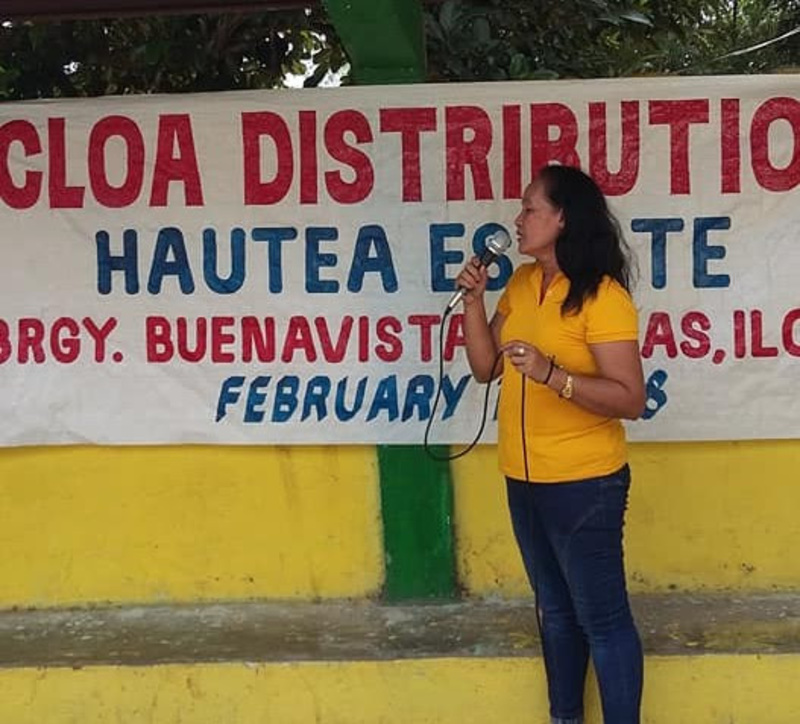 My name is Edna Aguilar. I am a woman farmer.